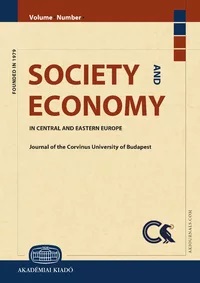 Summary/Abstract: Since the eastern enlargement of the European Union (EU), the movement from east to west has become the main driver of intra-EU mobility. Recently, the free movement of labour has been contested not only in the debates around Brexit, but also in other receiving countries. It is not on the political agenda, but several studies have highlighted the economic and demographic effects of massive emigration in eastern EU Member States. More recently, the COVID-19 pandemic has disrupted the functioning of free movement. Economic integration theory assumes that migration continues until wages are equalized in the receiving and sending countries. This paper analyses the perception of intra-EU mobility in the literature and empirically tests whether there is a relationship between the dynamism of income growth in the receiving (Germany, Austria and Spain) and sending (Central and Eastern European) countries, and the dynamism of migration. The empirical results do not support the neoclassical assumption that an equalization mechanism can function, even in the long run. To cope with recent challenges, this paper argues that free movement should not be considered as an element of a spontaneous market mechanism, but as an economic-political product, based on a constitutional order.