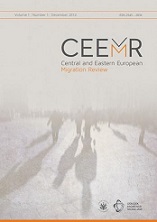 Summary/Abstract: The paper contains the analysis of selectivity of emigration and return migration to Poland in years 2004-2008. By using Migration Selectivity Index with comparable data (Labour Force Survey) we were able to confirm the hypothesis of ‘washing-out’ of selected categories of Polish population: men, people with post-secondary, secondary and vocational level of education, inhabitants of rural areas and those who live in agricultural households. We made an attempt to estimate the scale of the phenomenon and described its demographic consequences. Our analysis corresponds with the ‘crowding out’ hypothesis (Okólski 2011, 2012; cf. Grabowska-Lusińska, Okólski 2009; Anacka, Okólski 2010) stating that the post-accession emigration from Poland gave a chance to an economically ‘redundant’ labour force to move to regions and economic sectors with high demand for labour.