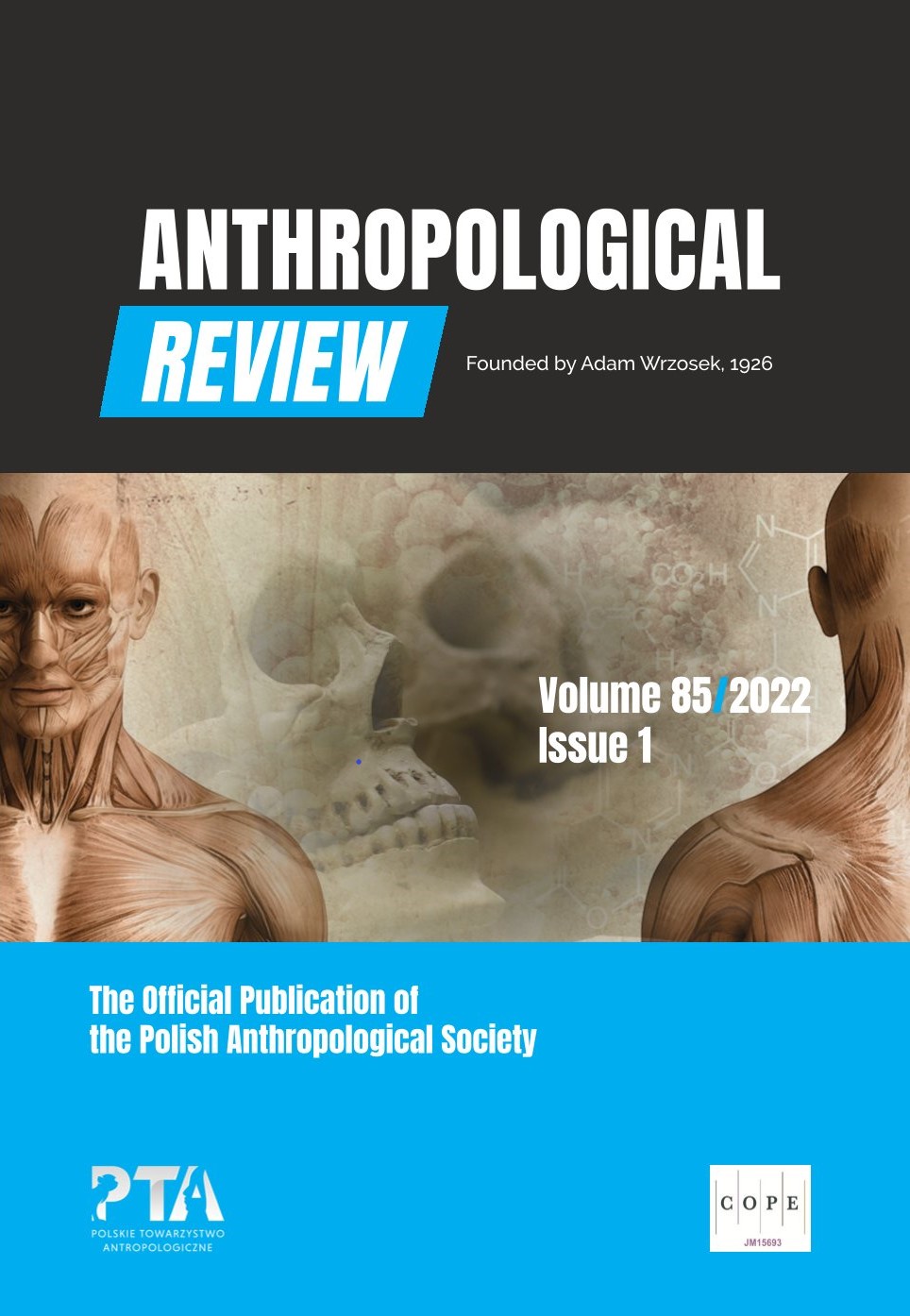 Summary/Abstract: Skin ridges (dermatoglyphs or fingerprints) are a characteristic pattern of sulci on the skin of primates which appear on the entire hand palm and on the soles of the feet. Fingerprints are unique, irremovable and invariable which allows bio-identification of specific individuals. The aim of the study was to investigate the usefulness of the analysis of the average width of the skin ridges in archaeological research by analyzing the foot and hand prints found on 7 artifacts dating from the Middle Ages. An attempt was made to describe the preserved skin slate prints, as well as details of the construction of the prints. The fingers used in forming the pottery were recognized. Attempts were made to read the context of individual impressions. In the study, the following features were analyzed: legibility and suitability of the left imprint for the analysis, the possibility of determining the type of figures (whorls, loops, archs), the possibility of determining the minutiae, the density of the skin ridges left on the surface of the ceramics and the width of the skin ridges left on the surface of the ceramics. The classification of fingerprint minutiae proposed by Czesław Grzeszyk (1970) was used as well as classification of epidermal ridges peoposed by Lestrange (1953) and modified by Bochenska (1964) and Rogucka (1968). Analysis of the material allowed to conclude that imprints left on building ceramics can be as useful as those imprinted on utilitarian ceramics, despite differences in the composition of the raw material used in production. However, they require more skill to examine, as the impressions are often incomplete which may be related to the fillers added to the mass. Minutiae were evident on the impressions examined, and single bifurcation was the most common form. The tactile figure most commonly found on the fingertip impressions was the loop. It was not possible to delineate Galton lines due to the wiping of the triple ray. Due to the high illegibility of the prints, it was assumed with a high degree of uncertainty that the fingerprints belonged to adults, but the gender could not be determined. Noteworthy were the prints printed on the brick belonging to children. On the mentioned artifact, there is a footprint of a child aged 1–3 years and a handprint of a crawling infant, which allowed us to conclude that the children were under the care of craftsmen.