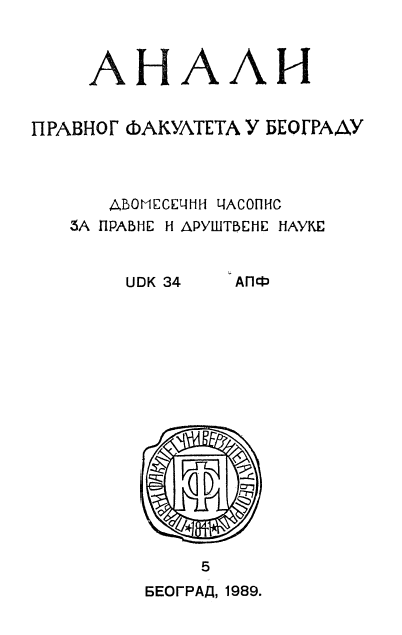 Summary/Abstract: Introduction includes a history of foreign investments in Yugoslavia, beginning with the pre-war situation and a review of the former legislation covering joint-stock companies. Also reviewd is the period after the Second World War, including the enactment of the existing Law on Enterprises and the Law on Foreign Investments (1988). The remaining text is dedicated to an analysis of the notion of mixed enterprise, which includes its essential elements. The establishing of mixed enterprise is thoroughly elaborated, i.e: the notion of domestic and foreign investor (namely, founder); substance and form of entering into contract of establishing a mixed enterprise i(company); the deposits of domestic and foreign investors; the character of the means deposited and corresponding legal regime; profit; risk and covering eventual losses; registration of mixed company with the court and contents of the firm of mixed enterprise (company). Legal-organizational forms of mixed enterprises are elaborated in details in the second part of the article, namely: joint-stook company, limited liability company, limited partnership, and general partnership with joint and several liability. Each form .is explained through definitions, procedure of establishing, the nature and contents of the corresponding contract on establishing, the contents of the internal statute (required by law), positive and negative characteristics in the sphere of investing capital by foreign persons in Yugoslav economy, etc. As far as joint-stook company is concerned, details are reviewed such as: the notion of shares, kind of shares and their substance and form. The same analysis is provided for all other mentioned forms of companies (basic deposit and deposit in case of limited liability company). The author thinks that the form such as the above is limited to smaller investment projects in Yugoslav economy, since limited liability companies are surpassed as a form in modern capitalist economies.