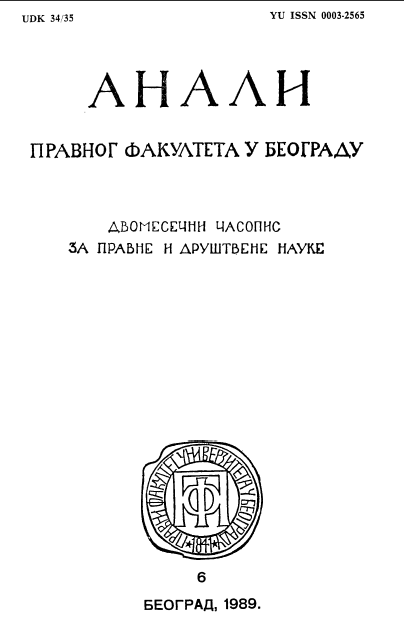 Summary/Abstract: Sociology is in the most complete sense of the term an expression of spiritual and socio-historiical development of the new — capitalist society. It took place on the very soil of the French Revolution which has shaken the foundations of the civilized world and disturbed traditional values represented by the Catholic Church. Thus, sociology has at the same time been a result of the progress and regress in development of social thinking. It was a progress because finally philosophical and social thinking has acquired the character of scientific theory, and lit was a regress since its contents had at the beginning stage a conservative character. Confrontation between the two governing expressions of the times — Rationalism and Enlightenment, at the one hand, and between post- -revolutionary philosophy and conservativism, at the other, has marked also the character of a new social science. In such a way sociology has affirmed in the scientific cognitive sense the idea of positivism, while maintaining, in the wider, spiritual and social sense, its conservative character. The author of sociology— August Conte, and to a degree Saint- -Simon, his teacher, too, have emphasized without doubts the influence of conservative ideas of French traditionalists, but also the positivist approach of the new branch. Since the very beginnings, Conte's sociology sets two contradicting aims, namely: impartial, value-wise neutral recognition and knowledge of society, of social rules and laws, while at the same time also the instrumentalization of knowledge contained within sociology, in order to preserve the existing order of things, Bolshevik Revolution, too, (has set the same direct aims to social science — as the second great world revolution. Conte Inmself did not conceal his admiration for conservative ideas of French philosophers De Mestre and De Bonale, but he also emphasized that the French Revolution has been an epochal event in the transformation from the „metaphysical phase” into the „positive scientific phase" of development of society, namely, the phase where sociology assumes its from as a positive scientific discipline. However, establishing a stable society and checking the destructive power of revolution is but a social meaning of sociology. Genuine founding father of the French and world sociology — Emil Durkhem, although totally different in. his ideas of ideals and achievements of the French Revolution, in essence only analyzes more deeply the existing paradigm of sociology taken as a scientific branch. Durkhem's developed and systematized sociological theory, numerous research projects and neopositivist approach to the phenomenon of society have also an entirely pragmatic meaning, namely, establishing a stable state, political and legal order on the foundations of revoluti, onary achievements. The inheritance of the creator of sociology thus becomes a „dogma" of contemporary sociology, or a sociology of the „order” and sociology of „advancement”.