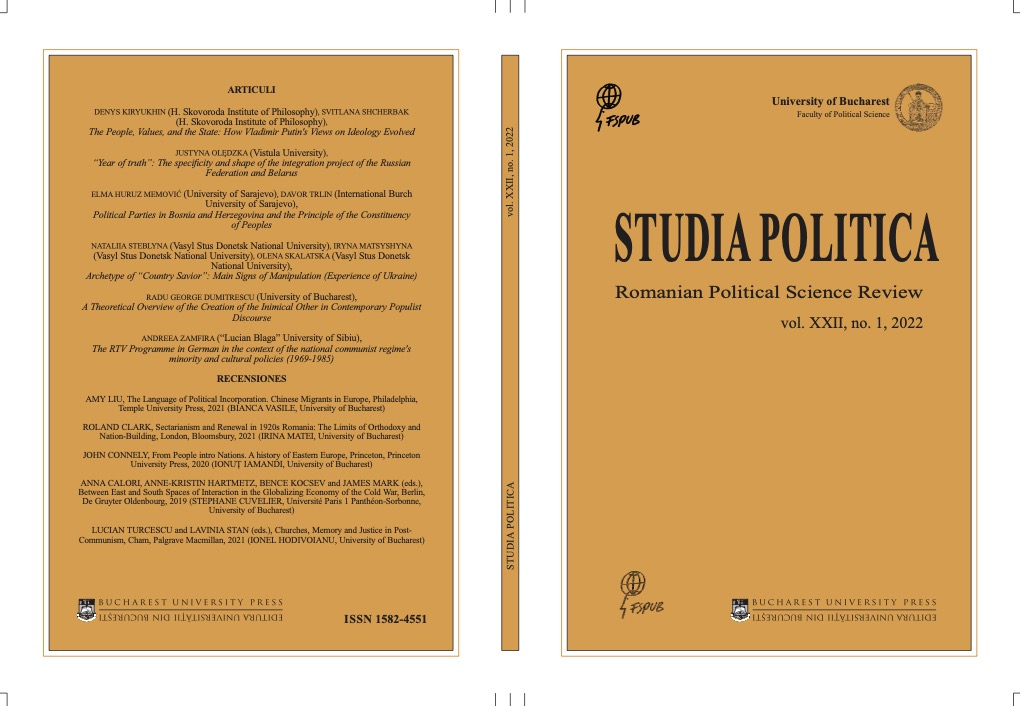 Summary/Abstract: Populist discourse is notoriously hard to pinpoint, molding itself on a great variety of national circumstances. In every instance, however, one element always remains present, namely the opposition between the people and the inimical Other. The Other has been a constant for populists from Juan Peron to Donald Trump. The present article argues that despite the importance placed upon “the people” within scholarship on populism, the inimical Other is presently the key concept through which populism is defined. Placing a negative term as central to the populist phenomenon, the article will then show the importance of the inimical Other in historical terms. Unlike those who abide by the discursive rules of liberal democracy, which pacify friend-enemy distinctions, populists embrace a foundational Manichean opposition that is reminiscent of defunct ideologies such as fascism, Nazism, and communism.