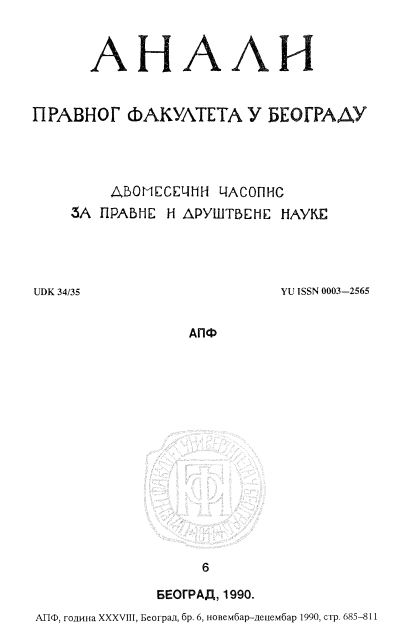 Summary/Abstract: Roman law is a genuine source and a permanent inspiration in all legal research. The contract for personal services is treated by Roman law within the framework of the contract locatio conductio operis, while provisions concerning this contract are found alredy in the Justinian Code. Its application in practice was, however, rather rare, bearing in mind the nature of the slave holding social system. Dutch jurist J. Veoth has laid down the grounds of the tripartite theory regarding the locatio conductio operis contract, namely: locatio conductio rei, locatio conductio operarum and locatio conductio operis. This kind of distinction in the case of locatio conductio was challenged by Felix Olivier Martin whose study „on the system of hire in Roman law" provoked quite a controversy by holding that the tripartite division was present in the practice, but was not visible either in the theoretical works of Roman jurists or in the Roman law codifications. Relevant research obviosly shows that the roots of the contract for personal services are found in Roman law, and that this type of contract underwent its evolution, while in some periods it had a rather narrow implementation. However, it never has been completesy extinguished and shall find its way in practice regardless of the social system.