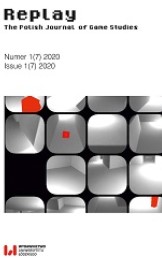 Summary/Abstract: Santiago Zabala reveals a crisis in modern society that perceives a world dominated by oppressive neoliberal ideology as acceptable and unproblematic. He claims that today’s greatest emergency is that we fail to notice other emergencies in society. To break out of this state, we need an aesthetic force to shock individuals into a new awareness. Unfortunately, while many social and global issues have recently come to widespread attention, the emergency still prevails in many forms of media. For example, the emergency in AAA video games appears in their continual push for higher resolution graphics, hyper-detail, verisimilitude, and intricate gameplay, perpetuating a hegemonic ideology. Exploitative labor practices, lack of representation beyond hetero-sexual, cis-gendered and neurotypical, and capitalist ideals are perpetuated in popular games in service of a hyper-real, high-fidelity aesthetic. One force that combats this emergency is pixel graphics and simplified gameplay, or post-retro aesthetics. While tied to the past, these aesthetics are not nostalgic but transgressively hauntological. To explore this claim, I discuss Dys4ia and Undertale as key post-retro games and reach beyond commercial indie gaming to point to hauntological work being done through DIY game making platformers such as Bitsy.