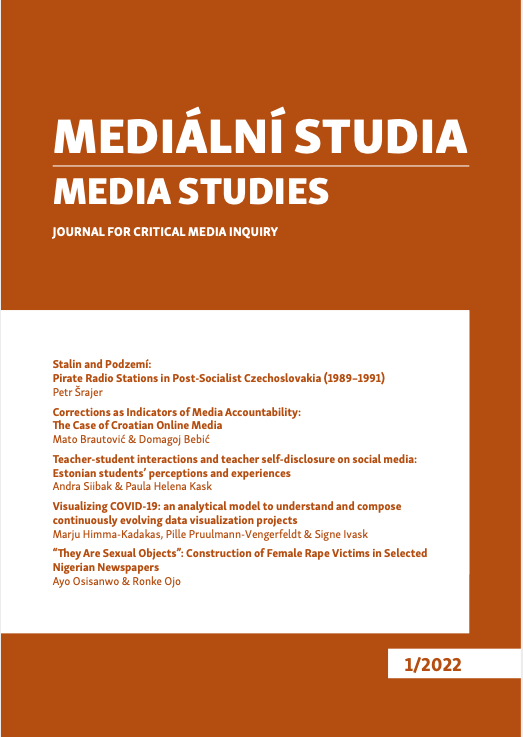 Summary/Abstract: Following the assumption that there is a particular way newspapers often use language to represent female rape victims (FRVs) and the insufficiency of existing studies on the lin- guistic representation of FRVs in Nigerian newspapers, this study critically discusses the linguistic and discursive tools that are deployed by selected Nigerian newspapers to repre- sent FRVs in their reports. Aspects of Halliday’s transitivity system and Lazar’s notion of feminist critical discourse analysis served as framework. The framework was complemented with the use of Voyant tools to determine the preponderance of word choice in news reports. Rape reports published between January, 2020 and December, 2020 by The Punch, The Guardian, Vanguard and Daily Trust were purposively retrieved and constituted the data for this study. Data engagement revealed that FRVs were imbued with five representations: patriarchal preys, object of sexual gratification, anonymized and pseudonymized victims, objects of pity and victims of dual jeopardy. The social implications of these representations aligned with patriarchal practices such as androcentrism, incest, mental abuse and sexual assault while the gender biases implicated in the representation included the projection of female as inferior, powerless and emotional beings.