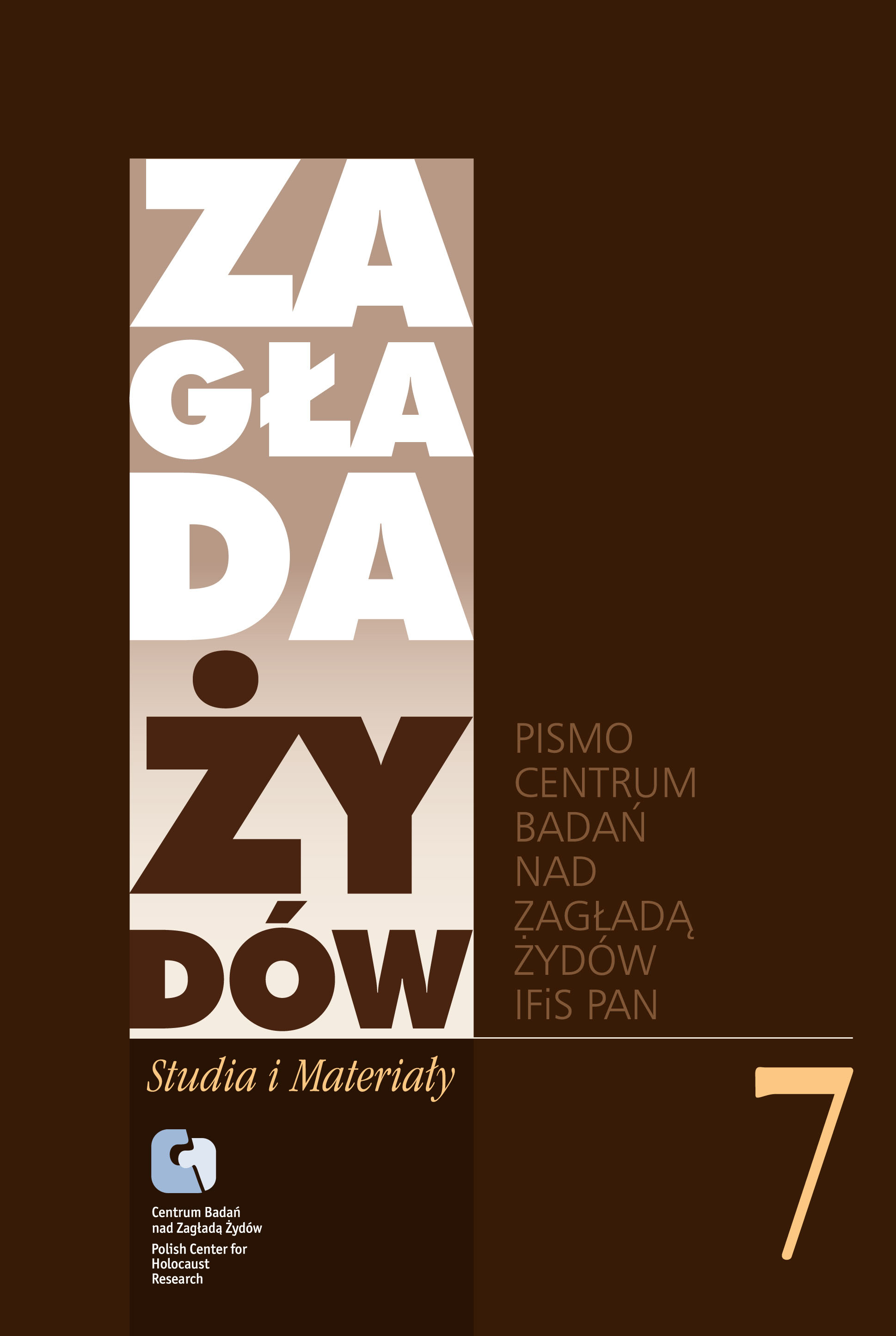 STUDIA: „Barabasz” i Żydzi. Z historii oddziału AK „Wybranieccy”
STUDIES: “Barabasz” and the Jews. From the History of the “Wybraniecki” Detachment

Summary/Abstract: The article demonstrates hitherto undescribed events from the history of the Home Army partisan detachment “Wybraniecki”, which was famous in the Kielce region. It was under command of the legendary Marian Sołtysiak (nom de guerre “Barabasz”), who was at the same time the commanding officer of the Kielce Home Army Sabotage Directorate [Kedyw]. Initially, the detachment was a seven-person strong sabotage group. In June 1943 it already had a few dozen members and was quartered in a forest camp. In spring 1944 it was transformed into a partisan detachment, which belonged to the 4th Infantry Regiment of the Home Army Legions and which participated in the Tempest Operation. The events described in the article took place between the fall of 1943 and spring of 1944, when the detachment’s squads quartered in a few separate places and met from time to time during the concentrations ordered by the commandant. At that time some Jews in hiding were murdered. Among those shot were: the group kept in hiding by the Pole Stefan Sawa (posthumously decorated with the Righteous among the Nations medal) in a cottage near Daleszyce, Michał Ferenc – Zajączków commune clerk, Roman Olizarowski “Pomsta” – a “Wybraniecki” detachment soldier, who was liquidated after the discovery of his Jewish origin, Izaak Grynbaum from Chęciny and about three Jews hiding in bunkers near Mosty. After the war the following people stood trial: Edward Skrobot, Józef Molenda, Władysław Dziewiór, Mieczysław Szumielewicz and Marian Sołtysiak. The authors reconstruct the facts of those executions, discuss the motivations of the perpetrators and analyze them against the background of the functioning of the underground judiciary, and call into question the validity of some of its sentences. They also discuss the methods and line of defense of the accused ex-partisans.