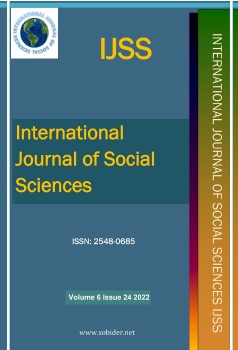 Summary/Abstract: The paper explores the causes and effects of trans-border crime on two border communities: Illela and Birnin Konni border towns. The persistence and consistency of trans-border crime issue inspired the desire to carry out a study from which this paper emanates. The strain/ anomy theory and differential association theories were used as guides to the problem examined in the paper. Snowball and purposive or judgmental sampling procedures were adopted and a sample size of 271 respondents was chosen. This figure was arrived using Raosoft 2004 sample size of calculator by using 5% marginal error, 90% confidential level and 50% respondent distribution. Mixed methods of qualitative and quantitative were adopted. While questionnaire was designed and administered to designated respondents for the qualitative method, interview sessions were conducted with one each selected staff from the Customs, Immigration, Police Force, NDLEA and Civil Defense. There was 57.6 % response rate as 156 respondents out of 271 returned the questionnaire given to them and three (3) key informants were interviewed. The paper found smuggling of petroleum products as the major (89%) trans-border crime with poverty as the leading cause of transborder crime as indicated by (38.3%) of the respondents. The paper then recommends that parent should instill discipline on their wards/children and proper socialization to avoid peer group influence on their children.