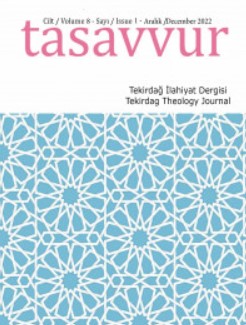 Summary/Abstract: In the Hanafī madhab (school law), al-hukm al-taklifī have been determined in different categories, taking into account that the relevant evidence is conjecture-conclusive in terms of certitude-dalāla and whether the request is binding or not. In general terms, it is stated in the usūlworks that the orders and prohibitions that are fixed with definite evidence are fard and haram, and the binding provisions in which there is suspicion and doubt in their evidence are wājib and tahrīman makrūh. However, some “fards” have been identified, which have stronger effects than “wājib” in the Hanafi fiqh doctrine, and which are subject to suspicion and doubt in their evidence, and therefore there is disagreement about their ruling among fiqh scholars. The Hanafī jurists of the later period adopted the concept of “al-fard al-amalī (al-zannī)” for such judgments. In addition, while examining the propositional provisions in the Hanafī Usūl literature, the wājib is generally compared with the fard. However, in some of the later usūl works and in many other issues in fiqh, wājib is compared with sunnah, and its connection with sunnah or its distinction from sunnah is considered as an important issue. In this article, it is aimed to clarify the nature of the “al-fard al-amalī”, which expresses an intermediate category in the classification of propositional provisions in the Hanafī school, and similarly, attention is drawn to the existence of some “haram” in the Hanafī school of which there is doubt.