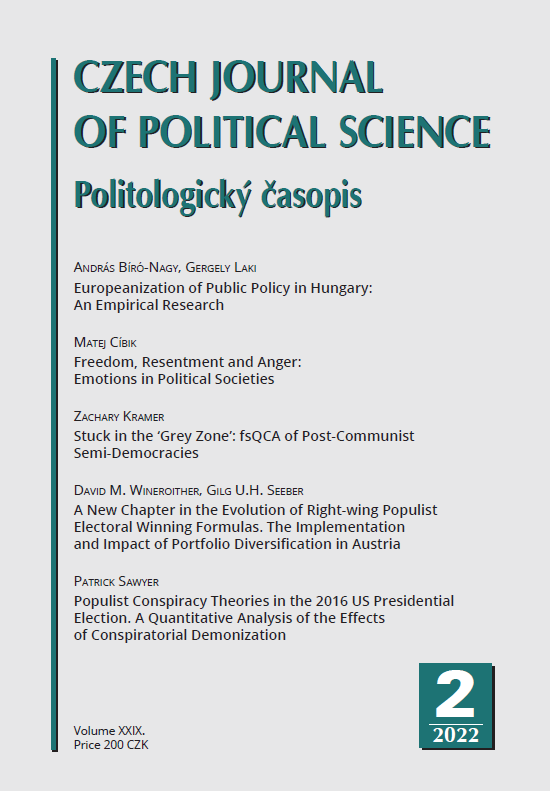 Summary/Abstract: This study focuses on the consequences of conspiracy theories on voter behaviour. I argue that conspiracism is not simply a tendency of populist movements but also holds instrumental value; the candidates and supporters can use conspiracy theories to demonize their opponents, thus resulting in a lower tendency of voters to cast their ballot for them. Given the lack of detailed data concerning adherence to certain conspiracy theories, search aggregate data concerning interest in the conspiracy theory from Google Trends was taken in order to overcome this. Taking the case of Donald Trump’s 2016 Presidential campaign, the utilization of a multi-level regression model demonstrates that voters were less likely to vote for Clinton in states where interest in the anti-Clinton conspiracy theory was highest, testifying to a ‘demonization’ effect. The anti-Clinton conspiracy theories, which included allegations of high-level corruption and plots by political and financial elites, were shown to be effective on lower-income, lower-educated voter cohorts, and members of the white working-class, but not ideological conservatives. These results imply that spreading conspiracy theories finds the most success when it targets those groups which were not necessarily inclined to support a certain candidate from the outset.