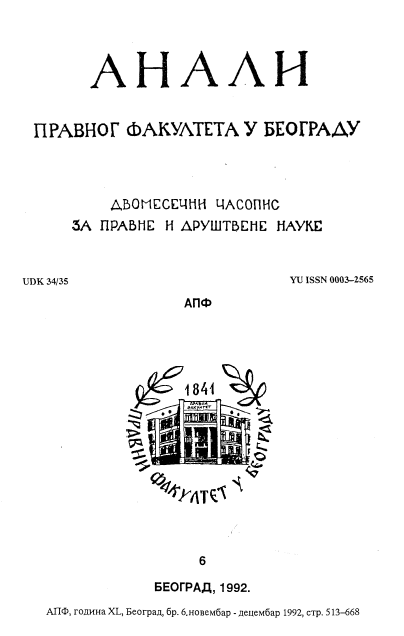 Summary/Abstract: The origin of classical contract of partnership is a controversial question. Continuous discussion is provoked first of all by scarcity of sources. In addition, the very legal nature of the contract, with interlaced economic, social and ethical elements, as well as great variety of types of partnership point at the complexity of the origin of that institute. The archaic Roman institute of consortium was influential in instituting consensual societas, but the weak point in this respect is that so-called consortium theory connected the origin of societas directly and exclusively to consortium. However, if consortium is understood, through available sources, and especially new Gaius’ fragments, as well as while analyzing historical-comparative and sociological achievements - as a Roman variety of great family cooperative, then this archaic institute could not be considered a direct source of the consensual partnership. Their essence is different and the circumstances are contrary' which are prerequisites for the existence and development of these institutes. On the other hand, the legal regime of partnership consists of many solutions based on ius fraternitatis - which may be ascribed to the influence of consortium, but to the role associations in general had in ancient societies as well. In case of the widest form of partnership, however, relating to all property (societas omnium bonorum), where the influence of consortium is obvious, the possibility is not excluded of a direct relationship between these institutes.