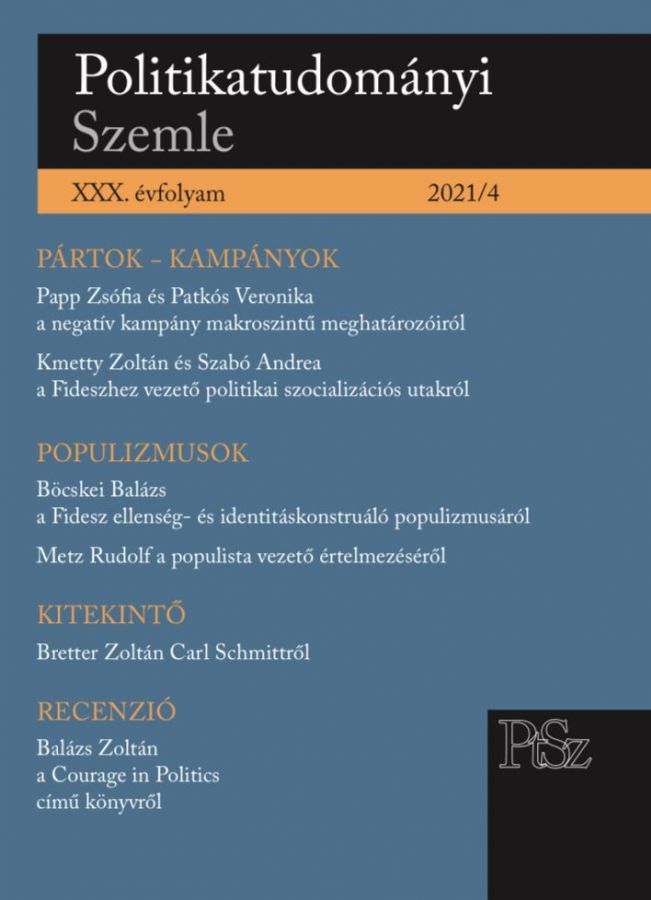 A jó, a rossz és a csúf populista vezető. Vizsgálható-e a populizmus karizmatikus kapcsolatként?
The Good, the Bad and the Ugly Populist Leader Can we understand populism as charismatic relationship?

Summary/Abstract: Although political scholars have recognized the “direct” and “symbolic” relationship between leader and followers in populist politics, often associated with the presence of charisma, we still cannot answer the questions of why and how many citizens are able to follow widely rejected populist leaders while others are entirely rejected? The scientific discourse on populism cannot compromise whether charismatic leadership would be an integral part of populist politics. To resolve this debate, the present study begins by taking account of the counter-arguments and critiques raised by students of populism, pointing out their weaknesses. I argue that charisma is indeed compatible with populism. In contrast to the vast majority of populism literature, according to Weberian understanding charisma is an exceptional emotional relationship in which a particular leader is truly considered superhuman by his followers. Then I unfold the antagonistic emotional relations that surround populist leaders. I call for the help of the concept of moral panic and euphoria as an extension of the theory of charismatic leadership, through which we can interpret the dynamics of populist politics. The study concludes by proposing a new research agenda. The follower-centric models and tools of leadership studies allow us to decide to what extent populist politics is determined empirically by the charismatic relationships explored on a theoretical level.