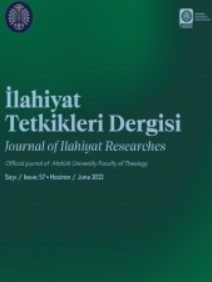 Summary/Abstract: The resolution of similar cases according to the same or similar general rules is very important in terms of stability in legal understanding and practice. In this respect, universal rules (basic rules) contribute to the development of legal logic. As of the history of Islamic law, practices and legal works that are the product of this logic have been encountered since the early periods. An important part of these rules are either taken directly from the Ḳur'ān and Ḥadīt̲h̲ or they have emerged as the common meaning of the texts. However, these basic rules were subject to a legalization for the first time and comprehensively through Med̲j̲elle-yi Aḥkām-i̊ ʿAdliyye. These were arranged within the framework of the first hundred articles of the Med̲j̲elle, which can be accepted as the most important national code of the Ottomans. Among these, one of the important components of the compensation law in Article 91;"legal permissibility (cevāz-ı şerʿî) does not create liability." is included. After emphasizing the importance of remedying the damage and the consequences of the tortious act in different articles, it concisely regulates the relationship between the legal permissibility and the compensate of the damage, which is among the reasons for legality. Instead of being directly applied in courts, universal rules have a guiding and opinion-forming effect for judges, practitioners and lawyers.