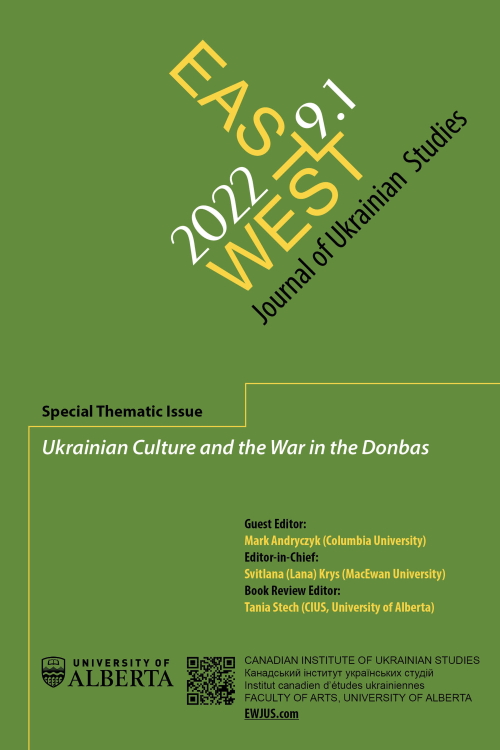 Summary/Abstract: This special issue is dedicated to the study of an important phenomenon that has been taking place in Ukraine for what is now approaching a decade. The 2013–14 Revolution of Dignity was quickly followed by Moscow’s annexation of Crimea and then by a war between Russia and Ukraine in the Donbas region. The war greatly impacted various aspects of life in Ukraine in the past eight years including its profound effect on Ukrainian culture. Ukrainian artists, who had been leading a vigorous, varied, and long-awaited free explosion of creative achievements in Ukraine since the country’s independence in 1991, were roused and galvanized by the sudden appearance of war in their land. The war became the subject of artistic projects by many of Ukraine’s leading filmmakers, writers, visual artists, and musicians, and also brought to light the work of new creative voices. These artists developed new approaches while providing fresh perspectives on many issues that had also, in fact, been the focus of many of the notable cultural achievements over the past thirty years, including questions of identity, memory, gender, and displacement. Borders and borderlands, concepts intrinsic to Ukraine’s name, once again acted as sites where these topics were explored.