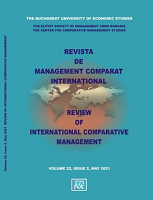 Summary/Abstract: We compare China’s performance to the performances of Brazil, India, and South Africa over the 1985-2011 period. We look into several areas including patent applications by residents, scientific and technical journal articles, final consumption expenditure, exports, household consumption, government consumption, gross capital formation, gross domestic savings, age dependency ratio, foreign direct investment, energy production, and domestic credit to private sector. We find that, out of the twelve measures that we examine, China’s annual percentage improvement was significantly better than the other three BRICS countries in only three measures. These are patent applications by residents, scientific and technical journal articles, and energy production. These findings indicate that science and innovation had been very important for China’s development. Also, the country’s efforts in energy production including its partnerships in other countries had been key to its economic development.