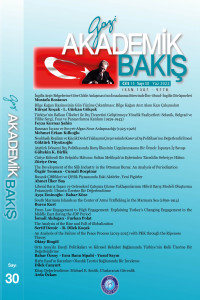 Summary/Abstract: Turkey has experienced a protracted conflict with the PKK since 1984. Over the history of almost 30 years of the violent conflict, the first comprehensive and overt peace attempt was launched by Turkish government in 2013. It had lasted for two years with great optimism and high expectations on reaching a political settlement before it failed in July 2015. This article aims to explore the reasons of the failure of 2013-2015 negotiations and examines whether conditions were suitable for launching a ‘peace process’ in 2013 to resolve Turkey’s conflict with the PKK. It draws on three main elements of Zartman’s Ripeness theory: mutually hurting stalemate (MHS), a formula for a way out and valid spokespersons. It is argued in the article that the conflict in Turkey was not in fact ripe enough for negotiations which were initiated and conducted hastily without any formula for way out and with problematic spokespersons.