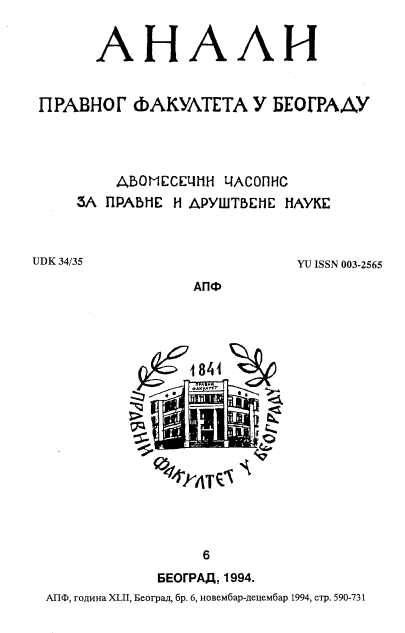 Summary/Abstract: Stojan Novaković was influential in the reforming of the educational system in Serbia as professor at the "Velika Škola" (high or superior school) and as a minister of education and the prime minister. He has been particularly active in reforming mentioned School, by using legislation amending former 1863 founding act. Thus, in 1873, at his initiative, laws have been enacted covering the structure and faculty mattery of the School. The whole series of laws have followed, such as the one in 1896, the decree of 1897 and three decrees regulating schools of philosophy, law, and technical sciences. In addition to legislative activity in order to improve the character of the Superior School, Novaković suprevised the work of that institution. He was not quite satisfied with it, while criticizing both professors and students and requiring more responsibility from them. The substance of criticism was that there were not enough specialized courses, so that the School prepared only so-called general type experts. Novaković insistied on the increase of professional and expert courses and on abolishment of some general courses which, according to him, were not necessary. Final aim of both Stojan Novaković and of other protagonists of the reform was to create a modern university, similar to European universities. In contrast to others, Stojan Novaković insisted on gradual reforming of the Superior School as he was aware that Serbia of his time was not yet at the adequate social, economic and political levels as to be able to establish a modern university. As a person, he was kind of a perfectionist, endeavouring to achieve discipline, responsibility, high criteria in election of teachers, and the like. In these manners he has been ahead of his time, so that, although being respected as professor and the minister of education, he was not as much loved among his fellow professors and students.