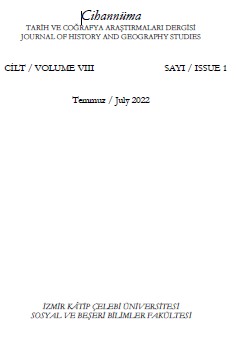 Summary/Abstract: The privileged status of the Janissaries and the economic/military conditions prevalent in the Ottoman Empire prompted thousands of Muslims to claim a position in the Janissary Corps, often through illegal means. In this article we investigate an important aspect of this process, which we call “pseudo-Janissarism”, and the way it spread on the Ottoman periphery, and discuss the case of Adana, which offers us the opportunity to analyze the social and economic composition of pseudo-Janissaries in the above-mentioned region. We first present a general assessment of the phenomenon in the period from 1600 to 1735, addressing the issue of its rise and early geographical expansion in the empire, its perception by the Ottoman administration, and the reasons behind its development. We claim that the rising numbers of both officially registered Janissaries and pretenders could change the internal dynamics in provincial towns, shape their local politics, and create various struggles over their economic resources. Considering pseudo-Janissarism as a mechanism of tax evasion and provincial networking, we subsequently elaborate on the case study of Adana’s pseudo-Janissaries, who became an important local political pressure group in the course of the eighteenth century, and discuss their socioeconomic profile, with the help of various archival sources.