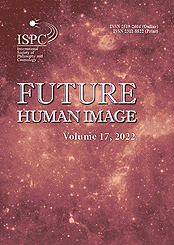 Summary/Abstract: This paper continues observing the main achievements of studies on the history of philosophical education, science and culture of China in the universities of the capital of independent Ukraine since its proclamation in 1991 and to this day. In 2021, we celebrated the 30th anniversary of our Motherland’s difficult but irreversible return to the circle of famous world powers as a historical descendant of Ukraine Rus as a known co-creator of European civilization. This jubilee coincided with the 30th anniversary of Ukraine’s development of the vector of its geopolitical partnership in the Asia-Pacific, primarily with the People’s Republic of China. As evidenced by the results of this cooperation in education and science, considered in the first paper of this series, not only many Ukrainian academic institutions, first of all, the A. Yu. Krymskyi Institute of Oriental Studies of the NAS of Ukraine and the H. S. Skovoroda Institute of Philosophy of the NAS of Ukraine played the main role in the growth of modern domestic, in particular philosophical, Chinese studies. As it turned out, this role is also performed by a number of Kyiv universities, f.e. Sinologists of the Taras Shevchenko National University of Kyiv, such as V. Sednev, S. Kostenko, N. Kirnosova, Y. Shekera, G. Bokal, O. Boichenko, V. Urusov, S. Rudenko, etc. Like their colleagues from other Kyiv universities, namely: the National University of “Kyiv-Mohyla Academy”(NaUKMA), Borys Grinchenko Kyiv University, Kyiv National Linguistic University, Vadym Hetman Kyiv National Economic University, – they jointly made a significant contribution to the study of Chinese philosophical thought. It is noteworthy that this progress was obtained as a result of their active teamwork with the Sinological Centers of the said academic institutes, the Ukrainian Association of Sinologists, Chinese studies hotbeds of each other, and other Ukrainian universities and Chinese colleagues. This paper deals with the general analysis of the study, mainly of the history of Taoism, Confucianism and Chinese Buddhism, in these five universities of the capital of Ukraine, primarily in the Center for Oriental Studies the second one of them, the Confucius School of the third and the Sinological subdivisions of the fourth, as well as in the group of Sinological centres of universities in other regions of Ukraine.