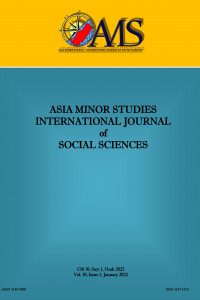 Summary/Abstract: It has been determined twenty seven stories and novels titled with 'mother' in Turkish literature between 2000 and 2020. These works are thematically classified and those selected by stratified sampling were analysed with psychoanalysis or logotherapy method. Some specific outcomes are achieved with psychoanalysis of the mother characters in these works. In the majority of the works, it is represented as if motherhood and individual existence can not be all together. In small number of the stories, the women are criticized for not participating in social life and being housewives despite being educated. In the works highlighting the harms of gender discrimination, it is underlined that women should be first treated as "person" instead of "spouse and mother". Given the big effect of literature on public opinion, it is obvious that this should be emphasized in more works in order to make the right woman perspective become widespread. The woman has the ability to provide the continuation of the generation by nature. However, motherhood is not a genetic specification of woman but a social structure. The societies are adopted with the rule of the child needing a mother for living. As the economical production values the child, the motherhood is valued in the society and the ideal motherhood is shaped in these conditions. Our work will be eye-opening in terms of emphasizing the importance of this ideal by mass communication and literature too.