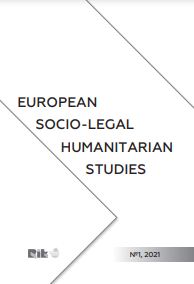 Summary/Abstract: At this time, the very productive fantasy genre intensively rethinks of the national reality, primarily socio-political, in veiled or direct way. The original embodiment of echoes of resonant social events of the beginning of the XXI century we found in fantasy novels, and that embodiment is organic to modern myth-making tendencies of the genre. The search for an artistic reflection of national identity is especially relevant today for the literatures of the post-Soviet space. We determine for the first time the specifics of the fantasy reception of Ukrainian, Belorussian and Russian social discourses of the beginning of the XXI century respectively in “The House in Which Time Was Lost” by Victoria Granetska, Anastasia Nikulina and Maryna Odnoroh, “Seven Stones” by Oleksiy Shein and “Empire ‘V’” – “Batman Apollo” by Victor Pelevin. The key elements of our study are the coverage in the compared literary texts the role in modeling the fantasy chronotope of traditional structures of legendary and mythological origin, as well as the differences between the basic fantasy paradigms regarding the ethical aspect of the relationship between good and evil.