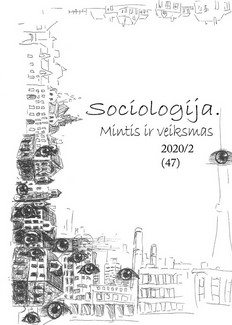 Summary/Abstract: In this paper, conflict-triggered internal displacement is reviewed through the visibility of migration affected groups, as well as their access to decision-making. The blind-spot effect in the migration studies extends the cognitive and social implications of the systems theory, and engulfs both hypovisibility through anopticism and pseudo-assimilation, and hypervisibility through panopticism and excessive control of the displaced citizens. In the context of the impact of IDP status on visibility assessment, I suggest supplementing the migration-studies’ concepts of “phlogiston” and “witch” with that of “ethanethiol”, thus starting a discussion on the role of the otherness marker in the migrantising of citizens. The case of protracted internal displacement in Ukraine due to the Russia-backed armed conflict serves as an illustration of the displaced populations’ visibility challenges and solutions.