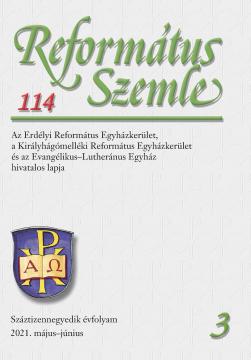 Summary/Abstract: This study attempts to sketch the biblical and Christian ethical dimensions of collective crime by analysing biblical texts and terminology relevant to the topic. The definition and critique of collective crime was born in Germany in the aftermath of political, philosophical and legal debates after the second world war. The concept expressing the essence of the notion – namely that the whole community can be considered guilty for the crimes committed by individuals or a smaller group within the community – has led to several Neroic acts, having served as a legitimate ideological basis for dictatorships, extermination camps, war crimes, conceptional proceedings, and victimisations. Therefore the 20th century definition of collective crime cannot be sustained any longer either legally, or morally. It is clear nonetheless that some thoughts behind this concept are also familiar from the Bible, which is aware that the consequences of individual crimes affect an entire nation. However, the view which penalises the innocent for crimes committed by others, is foreign to the conceptual world of the Bible. In this study I point to biblical and ethical principles providing guidelines for dealing with collective crime and collective responsibility.