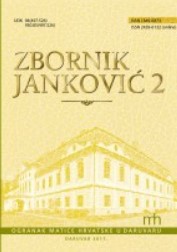 Summary/Abstract: From the spring of 1945, Japan intensified efforts for termination of war. One one hand, diplomatic activity was aimed at Moscow, trying to buy the Soviet mediation through a sizeable concessions on the Asian mainland, that would effectively nullify all of Japan’s gains from 1904-5 war with Russia, and on the other hand, military prepared for the decisive battle that would drain the American will for war and make them accept negotiated peace. The lowest common denominator for both combinations was the preservation of Soviet neutrality and Japanese pursued it with all means available. As far as the USA is concerned, in the time of the Conference in Yalta, they were convinced that the Soviet intervention is essential for successful continuation and termination of the war. Between Yalta and Potsdam circumstances changed drastically and it was felt that the Soviet engagement is no longer essential, but due to General Marshall’s wishes, Truman dared not to renege Roosevelt’s invitation to Stalin to join the war against Japan. However, he tried to stall the Soviet entrance and to force Japan to surrender before that happens, by all means available. One of those was the newly developed atom bomb, tested with success during the Potsdam Conference. As the result, the Allies issued the Potsdam Proclamation as an ultimatum to Japan, before the rain of destructions is brought upon it. Unfortunately, Japanese saw it as a mere propaganda and chose to ignore it, so the US military proceeded with the atomic attacks on Hiroshima and Nagasaki. Japanese leadership wasn’t too impressed with the bomb. To them, it was just two more cities lost, atop already more than sixty scorched ones! Only after the Soviet attack on the Kwantung Army, and it’s speedy defeat, did they accept that the situation is hopeless and that the capitulation is the only course of action still open. Aided by Hirohito’s “sacred decision“ they finally surrendered.