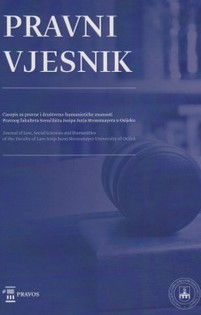 Summary/Abstract: The paper is divided into two parts to facilitate a clearer understanding of different aspects of the violent death of previously abused female victims. The first part offers a brief overview of the most recent phenomenological conclusions on violence ending in death and explains the need to focus on gender differences in homicide victimisation. A bulk of research has confirmed that most women are more vulnerable to homicide within home and that the lethal outcome is an escalation of previously experienced abuse. In order to contribute to a more in-depth study of female intimate homicides, the authors focus on a variety of definitions and draw a clear line between the term femicide and the aggravated murder of a closely related person. In the second part of the paper, the authors have analysed the case-law of the Supreme Court of the Republic of Croatia in which the perpetrators were found guilty of the criminal offence of aggravated murder of a closely related person (Art. 111, Para. 3 of the Criminal Code) in the period from 1 January 2013 to 1 June 2020. The research primarily focused on the circumstance of previous abuse, especially on the relationship between the victim and the perpetrator, the duration and frequency of abuse, and the reaction of the environment and competent authorities in cases where they knew about the abuse or when it was reported.