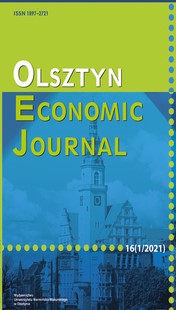 Summary/Abstract: Economists have been arguing to this day about the benefits and risks of introducing a community currency. It is very difficult to clearly determine which side is right. Most often, scientists refer to the example of the so-called Eurozone, but it is still far from reaching an agreement between supporters and opponents of such a solution. This paper presents the issues of monetary integration in ASEAN+3 (i.e. ASEAN member countries, China, South Korea, and Japan) in terms of the optimal currency area and other necessary conditions for the creation of a sustainable development region. The researchers argue about whether ASEAN+3 should introduce a single currency. Some suggest that the group meets several OCA theory criteria, i.e. labour mobility and economic openness. According to the results of the study, ASEAN+3 is an economically diverse area and there is a lack of institutions enabling effective monetary integration in the short term. Optimization assumptions included in the analysis determine the real chances of development and survival within the currency area. The author’s analysis has indicated that ASEAN+3 should not introduce a single currency for three reasons: failure to meet the optimization criteria, diversification of socio-economic development, lack of an institutional framework and inconsistency in the perception of monetary integration. On the other hand, it should be noted that a single currency could contribute to increasing the monetary security of the entire South-East Asian region, which means that the monetary integration may be a long-term idea.