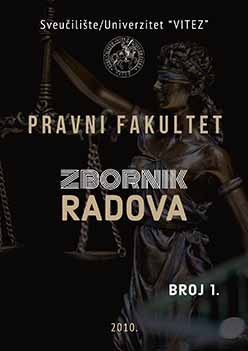 Summary/Abstract: The European integration processes are founded on the idea of community and equality of countries in their rights and obligations encompassed in common policy. In order to provide secure and successful prospects of development of the European Union it had to be built up on the mode land the doctrine of the granted, transferred or ceded jurisdiction and authorities. Its evolution has tendency of spreading community over national jurisdiction, which turned this idea into a special starting point. In this, the main role belongs to: legislative activity of the Union, the jurisdiction of the European Union Court, the annex and change of the inaugural contract text, and finally the process itself and the need for establishing the Constitution of the European Union. In order to make the developing mechanism and the strengthening of the European association more successful and stable it was necessary to build up Community Law and a community legal system as the system of legal principles, regulating certain relations established among the subjects of the community law.