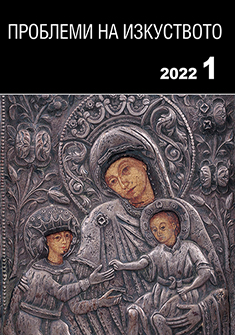 Summary/Abstract: Young Leontios, a taxidiote monk from the Monastery of Chelandari, Russian by birth, arrived in Triavna in 1803. Three copperplate engravings were Iomade in 1818/19 for the Monastery of Trojan bearing the signature of monk Leontios Russ, who apparently was the same Chelandarian monk. The three engravings were modelled on various Athonite prints. Un undated graphic work depicting St Charalampos, also bears the signature of monk Leontios, who made its version as well, which has no artist’s signature. Based on the signed artworks, this article ascribes to Leontios two more engravings made in 1822: of the Monastery of Vratsa and of its patron saints, St John of Rila and St John the Theologian. A version of the latter one is supposed to have been intended for the Monastery of Chiprovtsi. A print of the Dormition of the Theotokos was made together with it. An analysis of Leontios Russ’s artworks identifies him as an Athonite engraver, though stylistically, his works are associated with the Russian popular prints (luboks). Some form of printing press to produce prints was supposedly installed at the Monastery of Trojan. Leontios Russ was among the earliest copperplate engravers in the Bulgarian lands.