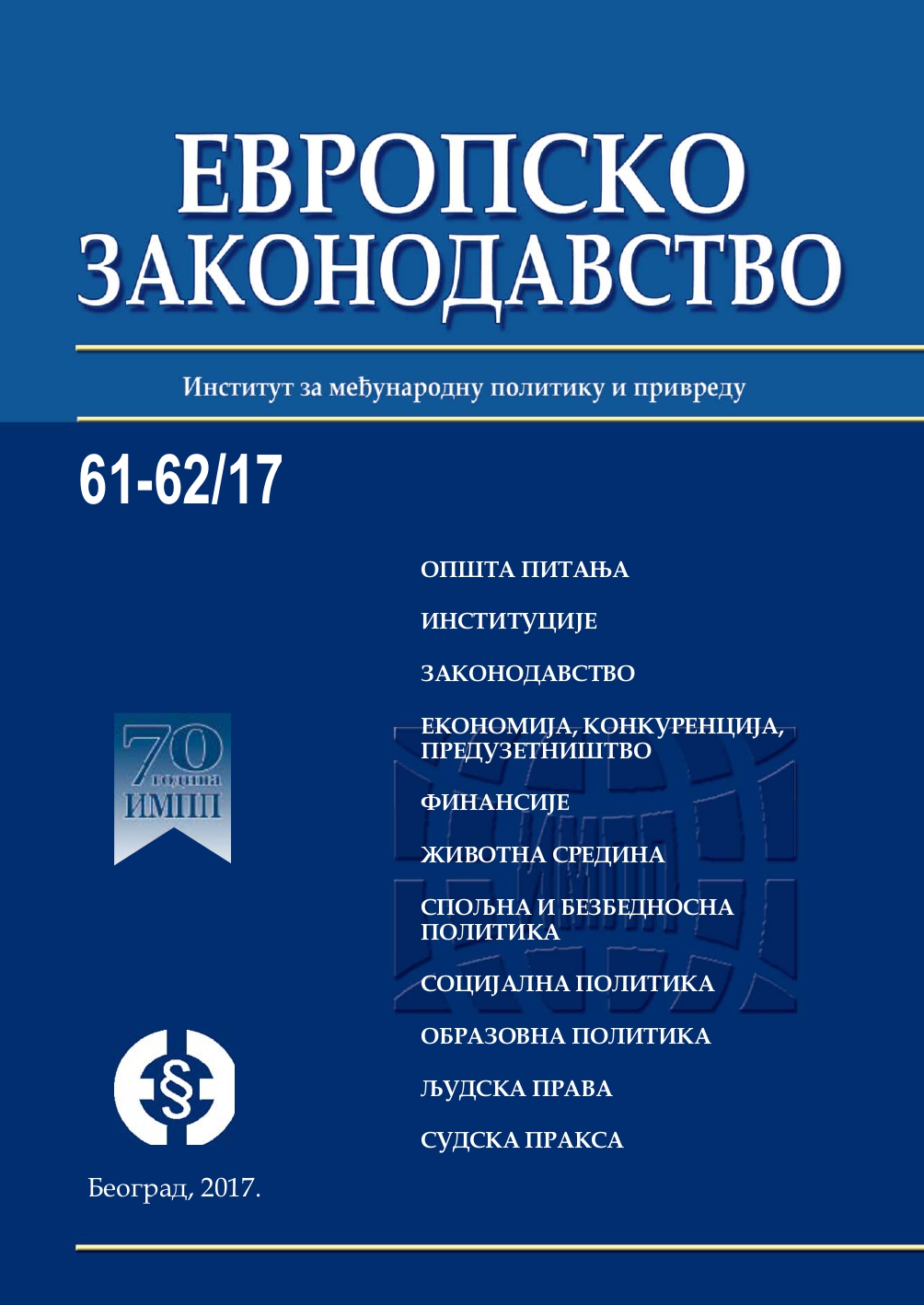 Summary/Abstract: The Regulation (EU) No 1219/2012 of the European Parliament and of the Council of 12 December 2012 establishing a transitional arrangement for bilateral investment agreements between the member states and third countries represents a major step towards the establishment and implementation of a single and equitable foreign investment protection system in the EU. The Regulation finalizes discussions regarding the legal effects of BIT between EU member states and non-EU countries. The basic dilemma regarding BIT outside the EU comes from Article 207 of the Treaty on the Functioning of the European Union (TFEU), which regulates foreign direct investment within the exclusive competence of the EU. Before the Lisbon Treaty came into force on 1 December 2009, certain Member States were authorized to access the BIT, while the EU secured foreign investment liberalization and focused on free-trade agreements. It is also important that the Commission is currently negotiating investment specifics, including the protection of investments in the context of talks on a free trade agreement with some countries outside the EU (e.g. Canada, India and Singapore). The Lisbon Treaty has abandoned such an approach by conferring jurisdiction on the EU itself in relation to foreign direct investment, including negotiations and conclusions on foreign investment with non-EU countries. The Regulation continues to be a smooth transition to a new EU investment policy by providing legal certainty for European and foreign investors benefiting from the investment protection offered in bilateral agreements on investments of member states concluded with other countries prior to the Lisbon Treaty. The Regulation clarifies the legal status of these agreements in accordance with EU laws and confirms that these agreements may remain in force until it is replaced by a new EU foreign investment agreement. At the same time, the Regulation establishes a mechanism for negotiating the conclusion of bilateral investment agreements with countries originally not envisaged for foreign investment in the EU. This solution is aimed at extending the scope of investment protection currently available to European investors.