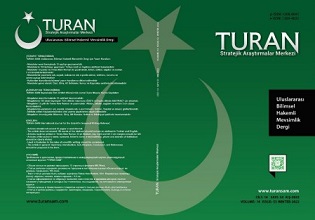 Summary/Abstract: The universe, human imaginations and the musical worlds that reflect this imagination, the Abdal society and poet musicians belonging to the minstrel tradition transferred from Central Asia to Anatolia appear as very important important figures in Anatolian culture. The connections of the Anatolian Abdals, who adhere to the Alevi-Bektashi tradition and adopt a nomadic-traveler lifestyle, with music go back to the 14th century. Today's Abdal ensembles, which put music on the basis of their lives, should be accepted as a part of both the Abdalân-ı Rum tradition and the tradition of minstrelsy. Abdals' relationship with music is more important in religious rituals and belief traditions. This study is a descriptive research; emphasizing the importance of Abdal culture and its musical traditions; It contributes to the continuation of the Abdal culture and reveals the general characteristics of this culture. In addition to the literature studies conducted while determining the findings of the study; Abdal culture and the field of music were examined together, and he showed an approach to the subject under various headings.