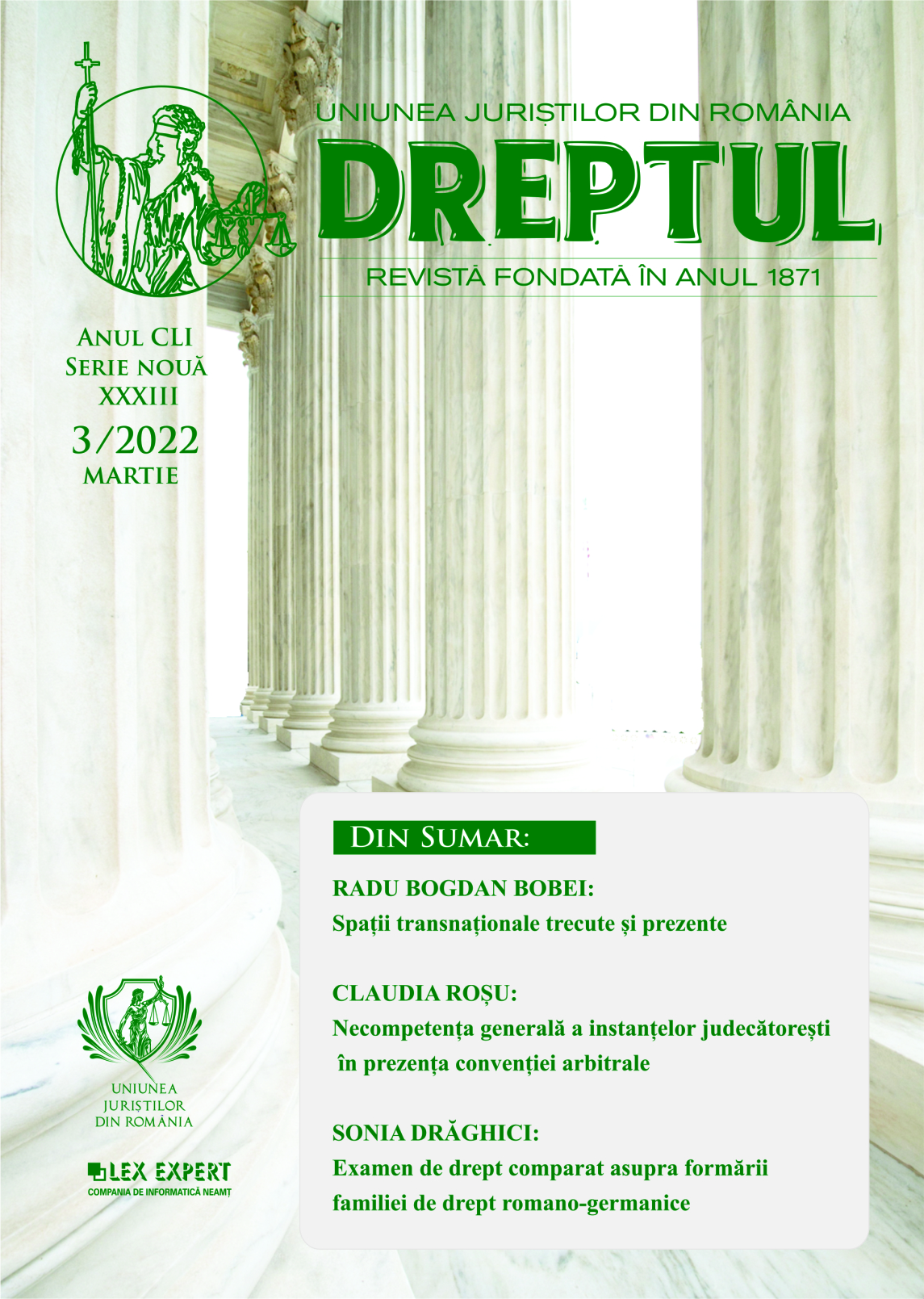 Summary/Abstract: The construction of the Romano-Germanic family law system is an interesting phenomena build around Roman law, which became a principle or a norm of thought for the European juridical thinking, and also around the law of Germanic people who colored the juridical European life and determined the process of codification. Thus, the article addresses the interesting issue of the combination process between Roman law with the law of the Germanic people, indispensable for the understanding of the Romano-Germanic family law system and for underlying the differences between this system and the common-law system. This is an important process, considering that a considerable part of the juridical systems of the world are founded around the family law system.