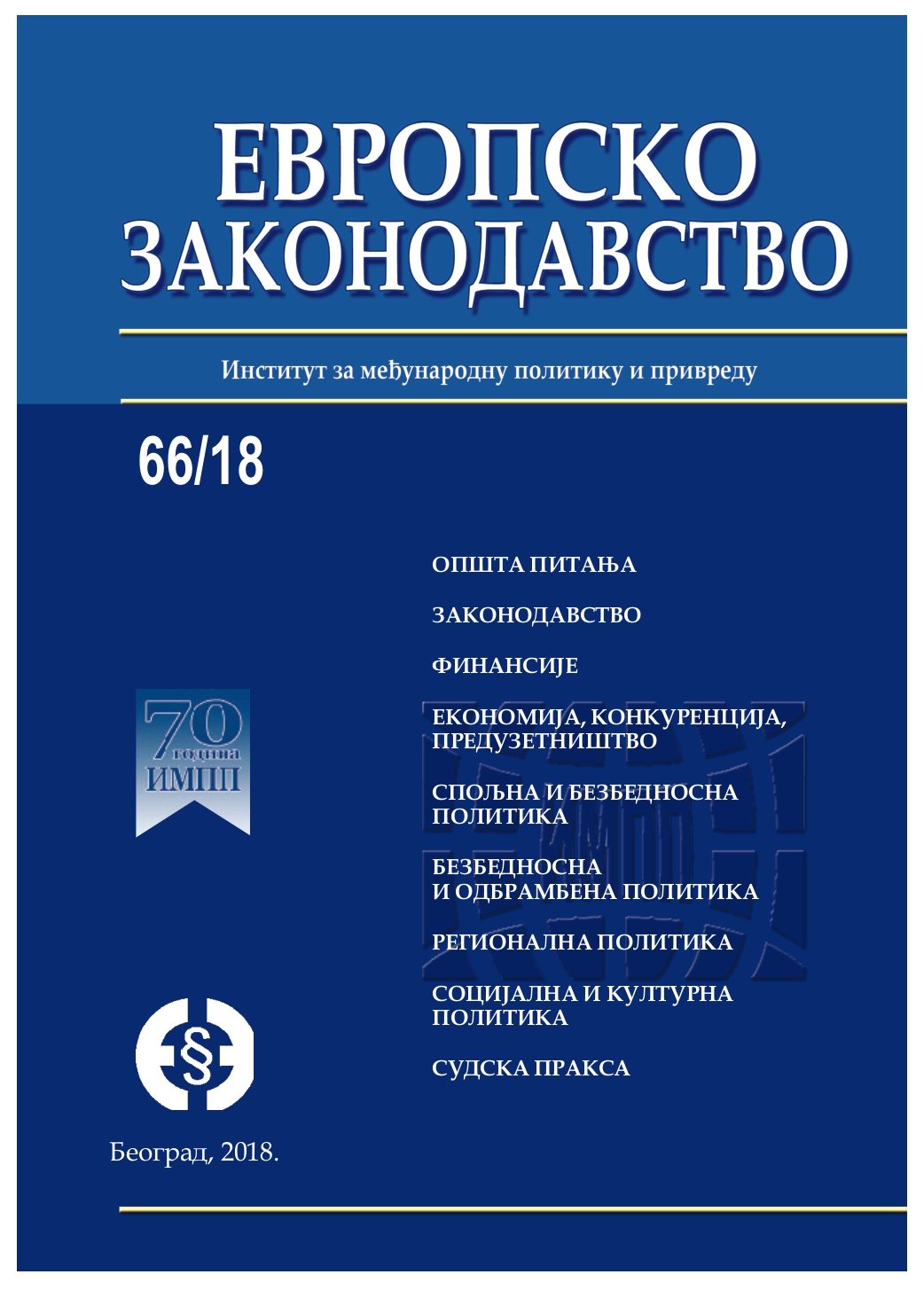 Summary/Abstract: The paper focuses on the analysis of the democratic deficit in the European Union (EU). There are different explanations in academic literature for this topic. The concept of a “democratic deficit” is multifaceted, and the subject study is limited to analyzing its meaning within the EU. The study involves first analyzing the characteristics of the functioning of the EU system, then analyzing inter-institutional relations within the Union, as well as observations regarding the communication of European administration and European citizens and their participation in the everyday life of the EU. The intention of the author of this study is to demonstrate possible sources of democratic deficit at Union level through explanations of the correlation between the European Parliament as the only body directly elected by European citizens and the European Commission, which has a significant legislative role and political power, although it is not directly responsible to the European citizens.