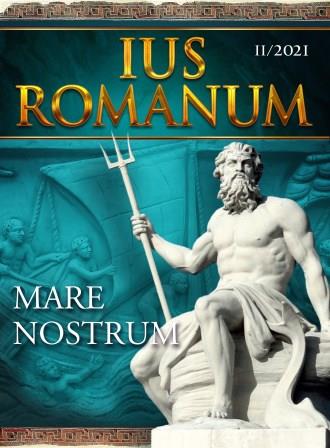 Summary/Abstract: In Roman law, the safekeeping of the passenger belongings on board was treated as a special case of a deposit agreement. The ship owner was obliged to take due care of the thing entrusted to him during the transport by ship. Failure to comply with this obligation was the basis of the shipowner's liability for the lost item and legal protection was achieved through a lawsuit actio furti et damni adversus nautas. However, as ship owners (including barn owners and innkeepers) were notorious for often acting in an organized manner with thieves in order to obtain illicit property gains, the praetor introduced another remedy (receptum nautarum) for increasing passenger and goods safety during sea transport. The Receptum nautarum was an informal agreement by which the ship owner, regardless of guilt, assumed responsibility for the damage caused to the items brought on board. It arose as a result of the need, present even today in the conditions of modern law, to obtain insurance coverage for those risks that the subjects cannot bear on their own. Hence, this type of legal protection, created in Roman law, is seen as a forerunner of modern insurance of goods and passengers, of the participants in the maritime enterprise.