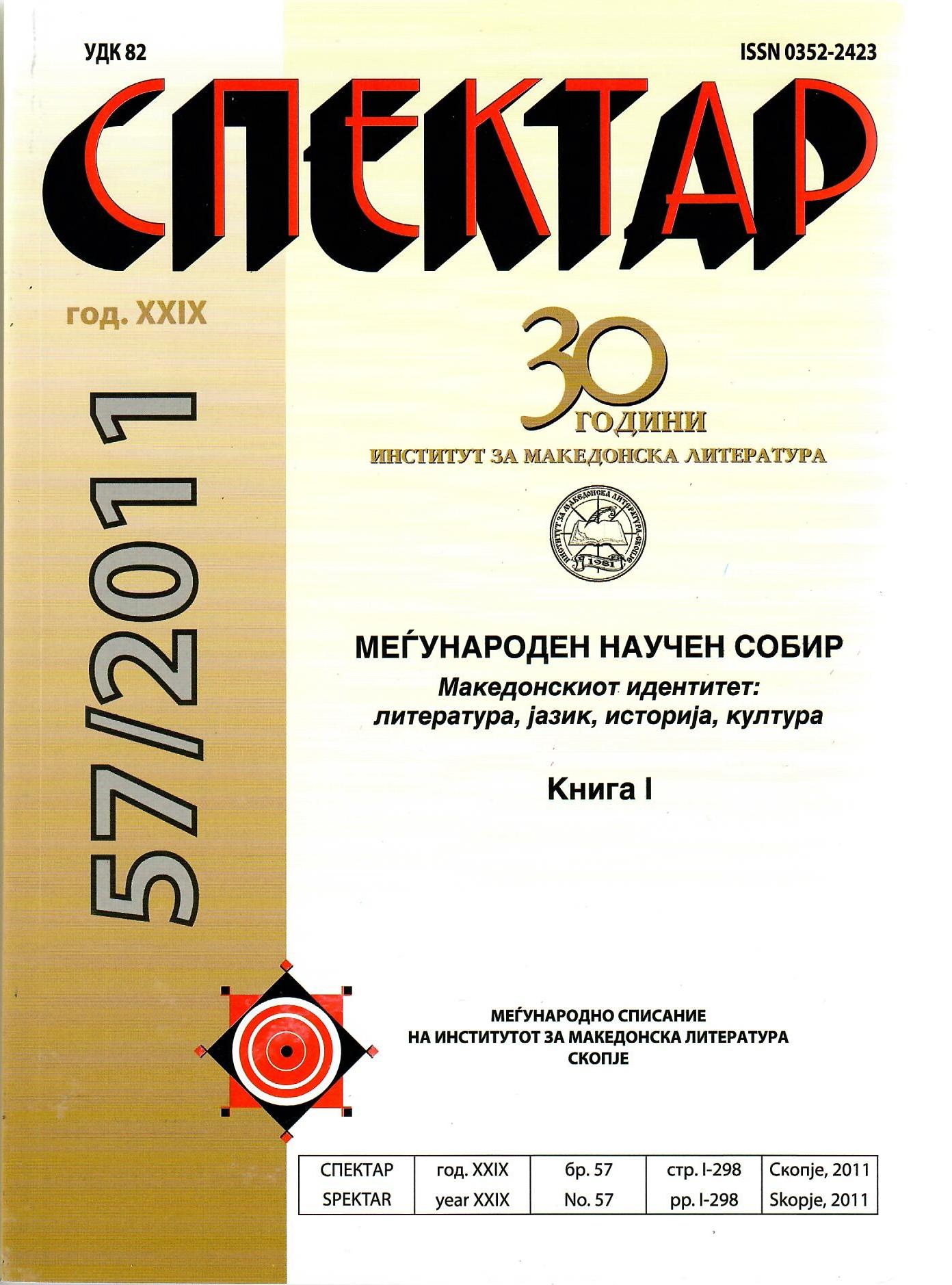 Summary/Abstract: Among the measures taken by the Serbian propaganda in the second half of the 1880s in order to position itself in Macedonia was also the initiative for compiling primers in Macedonian folk language with the intent of gradually introducing elements from the Serbian language. Members of the Secret Macedonian Committee Naum Evro and Kosta Grupche were also engaged in the realisation of this project. They were given the Serbian primer written by S. Chuturilo to use as a model which they did not simply translate but introduced their own elements into it. Moreover, Evro and Grupche chose to use original graphemes, making small deviations from the alphabet standardised by Vuk Karadzich (for example, the use of ћ and ђ). The parts that were taken from the Serbian primer proved the authors to be excellent translators who used appropriate Macedonian examples. The primer was written in a fine Macedonian folk language with distinct supradialectal characteristics. Thus, although it is based on its compilers’ native dialects, spoken in Ohrid and Struga, characteristics from the wider Western Macedonian language area can easily be noticed on every language plane (the reflection 5 > а, then /r/, retaining the group /шт/; the use of both the general and the Dative forms with nouns of masculine gender, as well as with adjectives and pronouns, etc). In it, the local Macedonian lexis is the prevalent one, and there are a small number of Serbianisms, as well as Graecisms and Turkisms which are mostly lexical Balkanisms. This Primer, though not published due to its Macedonian character, holds an important place in the history of the Macedonian people from more than one aspect, but most of all because of the concept of creating a Macedonian language standard which was rather consistently carried out. In addition, its compilation meant that another point from the Temporary Programme of the Secret Macedonian Committee was fulfilled, which in itself is a conscious and well thought through act intended to realize the platform for the Macedonian National Cause at a time of rather unfavourable historical circumstances.