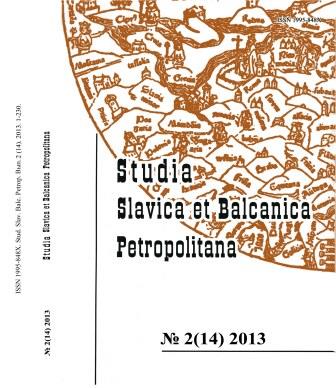 Summary/Abstract: Contemporary Polish national identity is strongly referred to the medieval roots of the early Polish state organized and run by the rulers of the first historical dynasty — the Piasts. Who were those people who relatively quickly established in central Poland a strong territorial organization and quickly expanded their domain in all directions? The basic historical alternative in the two-hundred-years-old discussion was between the «patriotic» position whose adherents took for granted the local origin of the Piasts and these scholars who suspected their foreign origin. Both parties had to refer to the Gallus’s story where the former saw the proof for vernacular roots of the dynasty which derived from a simple peasant, while the latter pointed to the recorded memory of the semi-violent replacement of the old dynasty of Popiel by a new one — the Piasts. In our opinion, it is hardly believe that in the forests of Wielkopolska there suddenly «popped up» the idea of building a territorial state which was effectively and quickly executed according to a precise plan. Such a vision does not explain where the necessary technical and organizational know-how came from and how was it mentally adopted and practically adapted by local leaders living in the area which does not boast any archaeological evidence for contacts with the more advanced parts of Europe and which existed during several decades unnoticed by the contemporary descriptors of the «world». These doubts made me accept the alternative solution that Mieszko’s forefathers had arrived to Wielkopolska from some more civilized outside and grabbed supreme power there. We have substantial archaeological evidence and some onomastic indicators which point to the southern direction of such contacts. In my opinion, the hypothesis of the southern source of Mieszko’s I organizional experience and technological knowledge should be developed much further. Thus, in the light of archaeological materials and toponymic data, it seems reasonable to assume that those of the Moravian elite who survived the Magyar invasion in the region of Olomouc subsequently retreated further north, namely to Wielkopolska (Greater Poland). We should accept a possibility that not only their collaborators but also early Piasts themselves could have arrived to Wielkopolska from Great Moravia wherefrom they inherited necessary knowledge of how a viable state should be organized. Thus, the story of a simple but sincere and hospitable peasant Piast who was granted political power taken from an arrogant former ruler Popiel may reflect some vague memory of an ancient political turmoil. This (hi)story written down by Gallus Anonymus may be interpreted as a propaganda cover up for the original coup d’etat which resulted in coming to authority in Wielkopolska of a new family of Moravian strangers who started there a new successful dynasty.