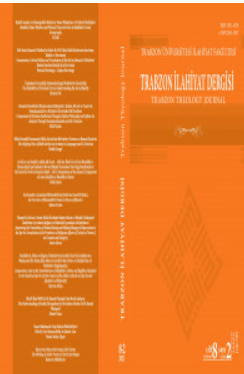 Summary/Abstract: Gharīb al-Qur’ān is a field of knowledge in the Qur’ānic sciences, which deals with the words whose meanings in the verses need explanation. By laying the foundation, the first representative of this science is Abdullah b. Abbas (d. 68/687-88). By revealing the most outstanding work, the person who reached this science its peak is Raghib al-Iṣfahānī (d. 502/1108-1109) In this article, common and different aspects of both commentators and the explanation styles such as verse, hadith and poetry which they used while explaining the gharib word will be tried to be determined in a comperative way, based on their contributions to the field in line with their works. Thus, in terms of the beginning and the period after 5 centuries, the development in this science and the change in the explanation of the words will be revealed with concrete examples. The main factors that led this science to include all Qur'ānic words over time will be partly mentioned. It is considered that the study has a unique quality in terms of dealing with İbn Abbas and Iṣfahānī in a comparative way within the framework of gharīb al-Qur’ān. The scope of the study is limited grounding only on gharīb al-Qur’ān works of the authors who have influence and writing in many fields. Due to the nature of the subject, mainly descriptive and comparative analysis methods are used.