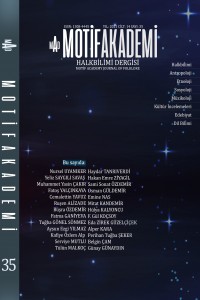 Summary/Abstract: The presence of women in Ottoman social life, which is expressed with different interpretations by different historians, is a subject that is heavily debated even today. In this study, which is based on the existing discussions, it is aimed to find an artistic approach to the issue of women in Ottoman social life in terms of the discipline of art history through the light of the visual artworks made by the painters. It is known that the Ottoman Empire was a civilization covering a very long period of 600 years and that the empire had very variable periods. However, the period between the 16th and 19th centuries is a similar process from the point of view of women, and in this study, the works of artists who depicted Ottoman women with different aspects of social life during the period between the mentioned centuries were discussed. The artists of the works included in the scope of the study are foreign artists who lived for certain periods in the Ottoman lands personally and Ottoman citizens residing in the Ottoman Empire. Memories of travelogues written by travelers who came to the Ottoman lands and state archive documents, which deal with this subject and whose originals are preserved in various world libraries today, are also data that will shed light on the subject. For this reason, scanning and examining the literary data describing the period and synthesizing the scenes seen in the visual documents of the painter artists with the data at hand have been the method of the study. With this study, in which visual works belonging to artists and literary sources belonging to historians and travelers are evaluated together. It is concluded that Ottoman women were quite limited in some conditions of the social life which is divided into sub-titles, and in some conditions, they had a relatively free life period.