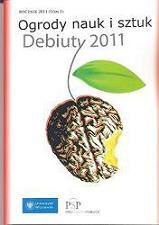 Summary/Abstract: In the paper I examine the genesis of the largest opposition of Afro-Americans against the racial segregation and legal discrimination in the United States, whose essence is the Civil Rights Movement initiated in the mid 1950s. I focused on the three events, which have become the symbolic determinants of the beginning of the Black Revolution, as the events of the 1954-1968 are called. The questions of causes and determinants of the rising of this mass movement of Afro-Americans’ struggle against discrimination as well as the meaning of those events for the Afro-Americans and the American society have been touched. The three eponymous “sparks”, which I further analyze, refer to the various aspects of life and seemingly are not connected to each other. What may the murder of a young black boy, the verdict of the Supreme Court of the United States and the boycott of the public transport have in common? In the paper I attempt to prove, that when searching for the genesis of the breakout of the Black Revolution, one will inevitably come across those three events and it is difficult to overlook their great importance in regard to the Civil Rights Movement.