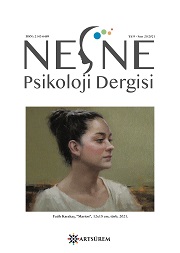 Summary/Abstract: Online multiplayer games offer players social opportunities such as meeting and communicating with new people or being part of a team. From the point of group dynamics, the players develop dynamics similar to real life in the game environment. Players develop social identity based on the team membership in the game, create norms and conform to the norms in the team. Also, it is observed that players generally exhibit in group favoritism in the game environment; they have adopted norms containing prejudices against out group members; and it is seen that they carry some real life stereotypes into the game environment. Accordingly, the players may exhibit negative behaviors between groups in the game environment. Besides, findings indicate that in some cases, intergroup biases can be reduced and positive outcomes can be obtained in games, in terms of group dynamics. In this article, firstly, some findings of the literature on social identity acquisition, norm development and negative behaviors between groups are given and the features of games that encourage negative norms and behaviors are mentioned. Then, in the light of the findings in the literature, suggestions were made to improve the negative group dynamics in games. In this respect, the article can give readers an idea about group dynamics in online multiplayer games; it is thought that it can shed light to researchers and game producers on how to create more positive game environments and, beyond this, how games can be used to give people positive behavior.