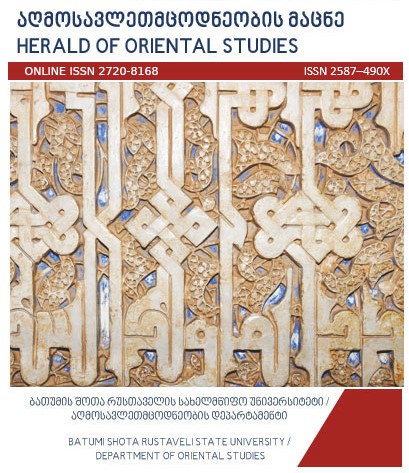 Summary/Abstract: Jews and Arabs are people of common Semitic descent. And Abraham is their common ancestor. Therefore, they have common sanctities, which have been a major point of contention between them for several years. Conflict cannot be resolved on this ground, both Jews and Arabs are demanding recognition of their exclusive rights to common religious shrines. External forces in the region are also involved in this conflict, which prolongs the problem and has a negative impact on regional security. There is a serious dispute over Jerusalem besides other common sanctuaries that recognize both Israel and Palestine as its capital. It should also be noted that Jerusalem is a holy city for both Jews and Muslims. Recently, the US position on Jerusalem has posed a serious problem for the security of the Middle East. The recognition of Jerusalem as the capital of Israel by the United States has caused concern not only to the Palestinians, but to the Muslim world as a whole, because, as we have already mentioned, this city is sacred to both of these religions. Added to this is the fact that the city has common religious - Jewish and Islamic shrines.