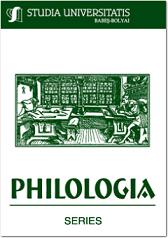 Summary/Abstract: “No Man is an Island”—Working as a Translator in EU-Funded Projects. Our paper aims at comparing and contrasting two professional experiences while involved in EU-funded projects as translators of official documents. The article is divided in two main sections. The first section of our research will deal with the difficulties of translating a scientific text, specifically texts in the field of natural sciences. Thus, we will tackle issues such as the nature of the scientific text, the problems arising from the lack of a complete corpus of specialized terminology. The second section will discuss part of the ‘problematic translations’. Not only will we highlight the complexity of this European project, but we will also discuss several problems which arose while working on translating the study conceived within the framework of the abovementioned European network: “Social media and language learning: beliefs, attitudes and uses in Latvia, Poland, and Romania”. The arguments will be exemplified using authentic texts that have been published within the respective projects.