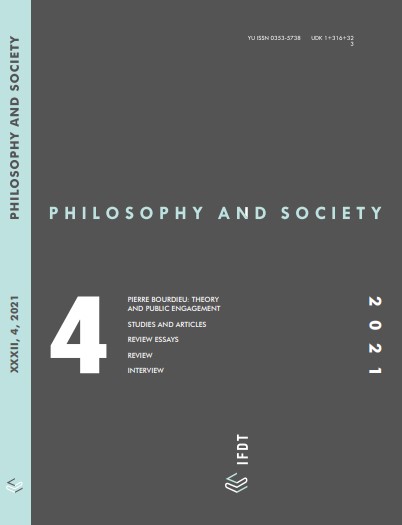 Summary/Abstract: Hegel’s Phenomenology of Spirit put alienation high on the philosophical agenda, as was readily recognized by Marx. Relatively well-known is also that Hegel’s concept of alienation was inspired by Goethe’s translation of Diderot’s dialogue Rameau’s Nephew, but the details and the conceptual implications of these details typically escape scholarly attention. Recognizing the basic idea of alienation as not-belonging to or being deprived of something, I emphasize that alienation implies a movement towards the limits of the human being, in which the mental suffering this involves is conditioned by social pathologies. To substantiate this claim, I show how Diderot’s satire implies uncompromising materialist social criticism, but that it does not employ the term ‘aliénation’ but instead reserves it for a kind of frenzy that borders on insanity. My claim is then that, in Goethe’s translation of Diderot’s dialogue, and in his translation of ‘aliénation’ to ‘Entfremdung’, Hegel found a general key for the conceptual critique of the spirit of Modernity. I therefore argue that, in the Phenomenology, Hegel employed alienation in more than one sense, raising madness to the level of a characteristic of Modernity, stressing the detrimental implications for consciousness under such living conditions, emphasizing how alienation works as negation, and, finally, pointing nevertheless to the possibility of embracing social and political reality.