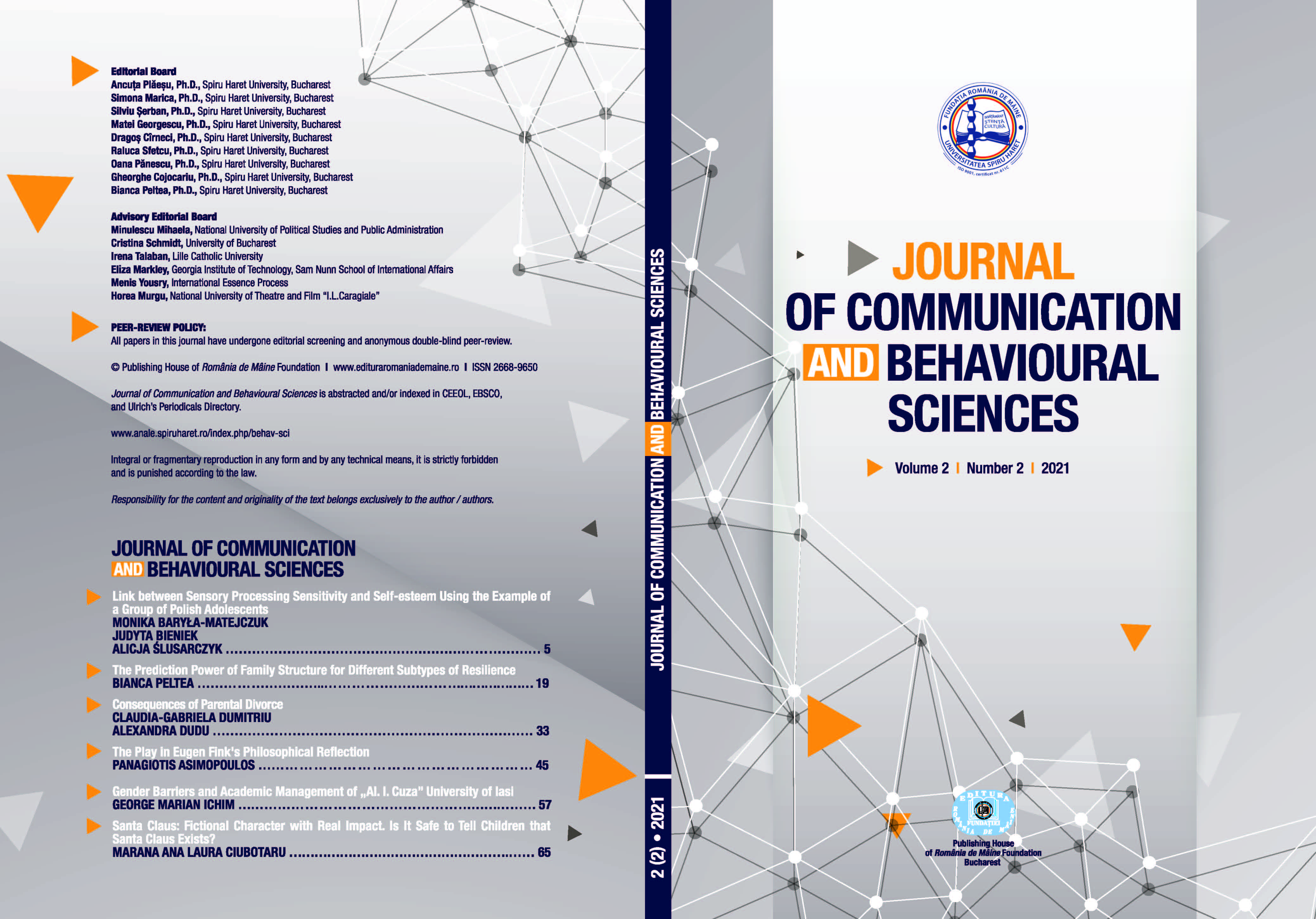 Summary/Abstract: In the last few years, the divorce rate has increased and this phenomenon led to some legislative changes, influenced by the shift in the social attitudes towards divorce, especially in urban environments. The workplace dynamics in this kind of environments, the support that the person receives following divorce, the evolution of women’s socioeconomic status, along with a series of psychological and emotional aspects determine the spouses to divorce much faster than they did in the past. Although divorce impacts all family members, for children its effects can be observed in adulthood as well, by weaker interpersonal relationships, in which the person is less engaged, and increased divorce rates. When considering the childhood poor school performance as well as emotional and behavioral problems can be observed compared to the case of children from intact families. In present days there are conflicting data regarding the cause of the increase in divorce rates among descendants of divorced parents and the gender differences in this case.