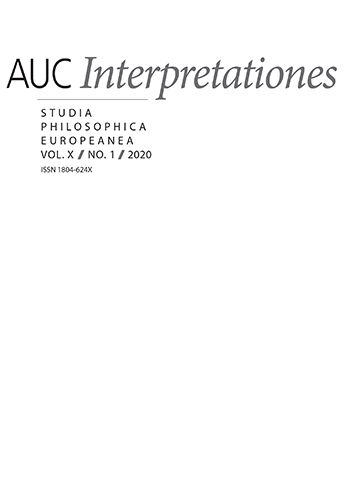 Summary/Abstract: Many readers of Emmanuel Levinas understand his thought as being oriented only by transcendence and therefore denigrate the immanent dimension of metaphor within his texts. Such readings reduce the complexities of Levinas’s text to a set of polemical, orthodox proclamations such as The Other is Most High and Ethics is First Philosophy. However, Levinas’s work invites us to contemplate not only transcendence, but also the way that immanence emerges though relationships with an infinitude of others, third persons whose voices murmur within the system of language, articulated in concrete elements such as metaphor. Levinas employs metaphor to converse with the inherited ways that temporal becoming has been articulated, recurrently reorienting them to expose a variety of ethical-phenomenological constellations. To expose the dynamics that remain clandestine to the orthodox interpretation, this paper will chronologically trace the development of various families of metaphors such as those of having and doing; those of dimensionality, those of orality, those of familiarity, and those of birth, gender, and death, thereby demonstrating the multitude of roles and perspectival positions assumed by the subject during its temporal becoming.