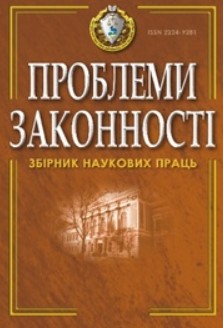 Summary/Abstract: The authors attempt to explore the nature of local public authority, its sources of legitimacy, its types and forms. An idea of the constitutional and legal bases of the organization and activity of local public authorities and its bodies is given there. The existing systems of local self-government in different states are analyzed; attention is focused on the difference between the concepts of “self-government” and “management”. The problems of administrative reform in Ukraine in the context of globalization are analyzed there.