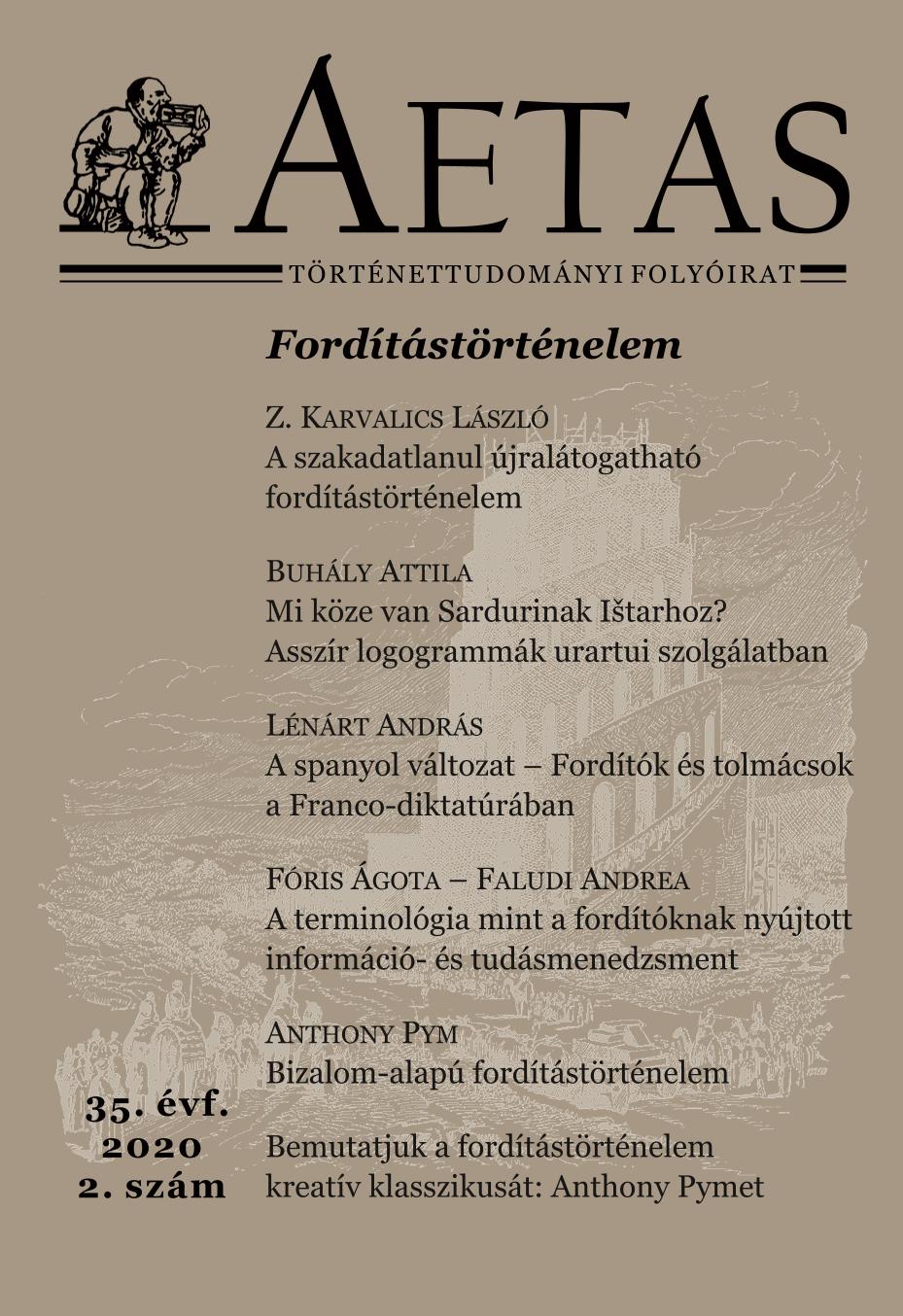 A magyar nacionalizmus gyökerei: nemzeti diskurzusok a 18. század végén
The Origins of Hungarian Nationalism: Discourse About Nationhood at the End of the 18th Century

Summary/Abstract: This paper examines the origins of Hungarian nationalism in the Kingdom of Hungary. Its main thesis is that nationalism (as a political discourse and not as a mass movement) emerged in Hungary more suddenly, more radically and earlier than previously thought. We argue that the power of nationalism in shaping culture, society, politics and identity may best be understood through an analysis of the conceptual arsenal, the rhetorical strategies and dynamics of the new discourse of nation and nationhood, which suddenly emerged in the early 1790s. We claim that it is the sudden appeal of these political discourses that needs to be explained first: how could they successfully overwrite earlier discourses? How did they gain social, political, and cultural legitimacy? How did they relate to the Enlightenment? To provide answers to these questions, we first point out the ambiguity and fluidity of new concepts, such as nation, language, fatherland, patriot, foreigner etc. These new, key concepts in political discourse provided innovative and independent sources of political legitimation. They served as keystones, on the basis of which the framework of politics could be rewritten. They made an easy entry into politics also because they were rooted in more familiar, earlier political discourses. However, for the success of nationalism as a political paradigm (which remained relatively unchanged in the coming century), the new discourses of nation also needed to make attractive ideological propositions and project positive visions of the future. The main body of the paper shows how these propositions, all aiming fundamentally at public happiness, targeted at a variety of audiences.

Figyelő Reviews 2002 A respublica litteraria és a császári udvar a 16. század második felében The Republic of Letters and the Imperial Court in the Second Part of the 16th Century 2005 Miért Cicero? A cicerói értelmiségi modell és értékek reneszánsz adaptációjáról Why Cicero? The adaptation of Cicero’s role model and cultural values in the Renaissance 2006 A vallásos különút lehetőségei a 16. században: Dudith András és a konfesszionalizáció The Prospects of Religious Heterodoxy in the Sixteenth Century: An-dreas Dudith and Confessionalization 2008 Szemle Reviews 2009
2022 © CEEOL. ALL Rights Reserved. Privacy Policy | Terms & Conditions of use
ICB - InterConsult Bulgaria ver.1.7.2509