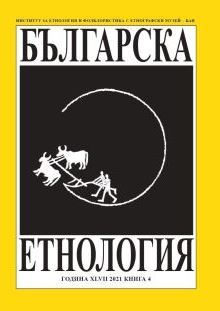 Summary/Abstract: The periods of crisis that certain societies go through change the already established order. They provoke a rethinking of existence and the need to seek protection from above against what cannot be driven away by any means known to man. The late medieval post-Byzantine Balkan churches fully illustrate this. Some of them, especially those in the places directly affected by a certain epidemic, appear after such critical moments, and in their collection of images, the disease itself finds its own place, acquiring at the same time a set of anthropomorphic features. The protection of God or some of His saints is sought after when it comes to acting against the plague. The article tries in an interdisciplinary way (combining history, culturology and theory of art) to emphasize on the image of the plague in the Orthodox Christian image system. The motif of the Dance of Death (Danse Macabre), in which rulers,clergy and peasants are involved, was influenced by the “procession” of the infection throughout Europe and has been repeatedly discussed in the scientific literature.Within the Balkan Orthodox Christian folklore, the plague appears as a strange girl who is constantly scratching herself, or as an old crone - in most cases presented as a witch. People turn to St. Charalambos to be their intercessor before God and to relieve them from the trouble that befell them. The vernacular idea of St. Charalambos as a victor over the plague, which he captured and chained, is reflected in the church’s visual tradition.